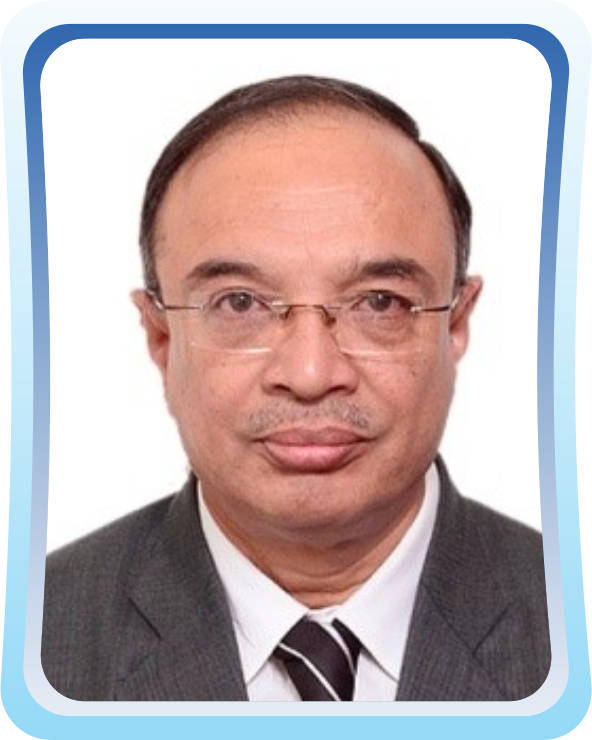 Er. Ashwin B. Pandya is currently serving as Secretary General of the International Commission on Irrigation and Drainage (ICID)

Er. Pandya, an alumnus of Indian Institute of Technology (IIT), New Delhi, has over 40 years of professional experience in water resources and irrigation planning, design, implementation, and financing. He has a sound knowledge of various aspects of irrigation and drainage engineering with a strong competence of leveraging technologies in core areas, especially Information Technology. He specialises in the design of dam and underground structures and related activities. He is active in the field of Dam Safety assessment, assurance and rehabilitation technologies. He has over twenty technical publications in his credit.

Er. Pandya began his career with the Central Water Commission (an apex body under Government of India) as Assistant Director and later served as its Chairman. In his professional career, he occupied top positions in various Government of India (GoI) offices under the Ministry of Water Resources (MoWR), which include Director General, National Water Development Agency (NWDA) and Chairman & Managing Director, National Projects Construction Corporation (NPCC).

An avid proponent of irrigation and hydropower projects, he has been a key figure behind the establishment of International flagship event ‘India Water Week’ for MoWR, which is presently in its fifth edition and also established the ‘National Conference on Dam Safety’, an annual event with assistance from World Bank funded Dam Rehabilitation and Improvement Project (DRIP).

He has been conferred with various awards and recognitions by professional bodies like Central Board of Irrigation & Power, Indian Geotechnical Society, Indian Society of Rock Mechanics & Tunnelling Technology, Aqua Foundation, Water Digest etc. He is associated with a number of water resources societies as member and office bearer such as Indian Water Resources Society, Indian Association of Hydrologists, etc.

Er. Pandya was elected as the Vice President of ICID for the period 2014-16 and made active contributions to the various activities of the Commission. He is currently serving as Secretary General of ICID with effect from 01 January 2018.